Influencer marketing has been rising in popularity for a number of years now, especially with larger “high-budget” brands. We’ve all seen Kylie Jenner promoting Puma and Cristiano Ronaldo endorsing Clear shampoo on social media. However, more recently, a number of successful influencer marketing examples have encouraged a wide range of much smaller brands to dip their toes into influencer marketing. This effect has been so large  that the industry is projected to grow to approximately $16.4 Billion by the end of 2022.

The right influencer marketing strategies can help you stand out from your competitors. They can also have a direct positive impact on your overall business results. Essentially, this is because influencers know exactly how to engage their audience and encourage them to trust and believe in your brand.

So, how do they do this exactly?

Let’s take a look at 5 influencer marketing examples to show you how the right campaign can directly benefit your brand and business.

Are you tired of the infinite back and forth when pitching a campaign to an influencer?
Download our Influencer Outreach Guide to create flawless briefings and unambiguous contracts.

The first of the notable influencer marketing campaigns we are going to look at was created by Dior.

Dior collaborated with Buttermilk, an influencer marketing agency, on its recent “67 Shades of Dior” campaign. The campaign was designed to mark the launch of the cosmetics brand’s new product line, Forever Foundation, which comes in a range of 67 unique shades.

The aim of the campaign was to showcase the broad diversity of the product line. Dior did this by collaborating with 67 different influencers, each one representing one of the 67 unique shades. In addition, each influencer published one post a day on social media, focused on cosmetics and beauty-inspired content, for 67 consecutive days.

In total, these 67 influencers had a total audience reach of 2.66M. Their combined posts had 1.85M impressions and resulted in 592K engagements. In fact, the campaign was such a success that Dior was named the Gold Winner for the Best Beauty Campaign at the 2020 Influencer Marketing Awards. This makes it a perfect example of an effective influencer collaboration.

The second of the influencer marketing examples that we hope will inspire you was launched by Dunkin’ Donuts.

Dunkin’ Donuts, the global sweet treats giant, launched a successful influencer marketing campaign with its advertising agency, Trilla, a few years back. The campaign was essentially focused on one special offer: get a free donut with the purchase of any beverage.

During the campaign, Trilla collaborated with the digital talent network and entertainment studio, Collab, to create a number of social media campaigns. Throughout these campaigns, 8 influencers shared fun, playful, and celebratory content built around a shared theme: donuts. The aim was to encourage consumers to visit a Dunkin’ Donuts store and make a purchase in order to claim their free snack.

The campaign reached 3 million people and was such a success that Dunkin’ Donuts has made it an annual event.

Absolut is also getting involved in the influencer marketing world. The renowned vodka brand launched a campaign in 2019 using the hashtag #AbsolutPlanet to highlight ways that we can all be kinder to our home, planet earth.

During the campaign, Absolute collaborated with a number of planet-conscience influencers with dedicated followers across a range of social media platforms. Each influencer designed and shared content focused on demonstrating the brand’s continued commitment to global values and actions through Product, Planet, and People. This included the use of efficient farming processes, the recycling of distillation resources, and its support of the LGBTQ community, amongst other key pillars.

The campaign lasted 8 months and generated over 8.6M engagements on social media. As a result of this success, Absolut was named the Gold Winner for the Best Food and Drink Campaign during the 2020 Influencer Marketing Awards.

The HISTORY Channel collaborated with a number of TikTok influencers during its “Stay Curious” campaign. The aim was to expand its social media reach through the creation of high-quality videos that showcased how engrossing the channel could be. That way, the channel could position itself as a relevant and entertaining brand amongst younger generations.

The campaign reached over 21M accounts and content was viewed 12.2M times. As a result, the HISTORY Channel gained 50,000 new followers on TikTok.

The last example that we want to share today is a recent campaign launched by Häagen-Dazs.

Häagen-Dazs wanted to remind its New York City customers that its products were an essential part  of their summer experience. It did this by collaborating with a number of local influencers who promoted its new BOGO campaign (buy one get one). The campaign also launched a number of sampling events to entice consumers.

Of all the influencer marketing examples, this is perhaps the most notable as, aside from targeting online users, it also focused on attracting consumers in the real world. It did this by organizing a number of rooftop parties and live social events. This gave the campaign a uniquely New York feel that helped it appeal to local consumers at an emotional, organic level. And this, in turn, helped the campaign achieve 14.3M impressions and 27,400 social engagements. 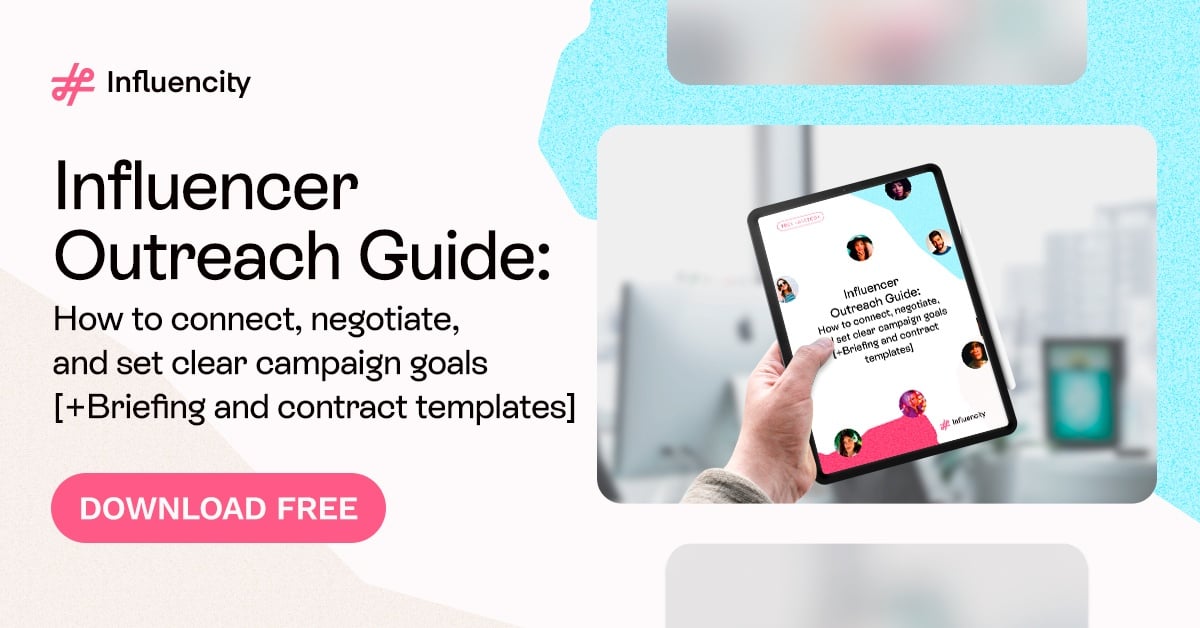 Influencer marketing B2B vs B2C: What's the difference and how to excel at each one

How to find micro-influencers that will guarantee results

Influencer Marketing vs Brand Ambassadors: Comparison and Tips for Choosing

Additional content around the benefits of subscribing to this blog feed.